Stop Building for the Sake of Building 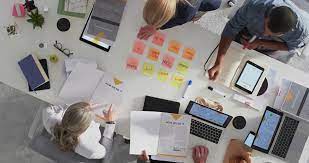 More is better, right? The more stuff your product can do, the more markets and personas you’re satisfying. The more capabilities you have, the fewer reasons for a prospect to say no. The more functionality, the longer people will spend using it. The more things it can do, the more people will pay for it.Well, let's not get ahead of ourselves...That might hold true for a Swiss Army knife, for most products more does not always equal better. More definitely means more work, and sometimes more can actually be a bad thing, so let’s break this down.

Why are you building more features?

Your product was born to solve a problem. Someone (maybe you) looked out into the world, saw a pain point and thought they could build a better mousetrap. As you gained some traction and some customers, you continued iterating on that mousetrap. You made it easier to catch mice of different sizes, in different locations, in heavily infested areas and in hard-to-reach places. But you were still catching mice.

Better bait, a superior spring mechanism, a non-lethal option… you get the point. All super-useful mouse-catching features. Then one day someone says we could sell to more customers or move more units if we could also catch spiders, or if our mousetraps also played music, or if they came in a stainless steel finish.

This is where product focus can rescue you from feature creep and product line bloat.“People think focus means saying yes to the thing you’ve got to focus on. But that’s not what it means at all,” said Apple founder Steve Jobs. “It means saying no to the hundred other good ideas that there are. You have to pick carefully. I’m actually as proud of many of the things we haven’t done as the things we have done.”

Another common driver for adding more features that aren’t part of your core value proposition is the existential threat of competitors who can check more boxes on a side-by-side comparison. There’s a natural fear that a customer will simply pick the product that does more instead of the one that does what’s important best.But while some prospects may simply tally up the feature count to make their initial decision, the products with real staying power are the ones that consistently deliver a superior experience for what their customers actually want/need to do. Twitter doesn’t need a photo editor and a Tesla doesn’t need a microwave oven.

Aside from clouding your strategy and muddying your focus, there are more practical negatives to adding additional features. First and foremost is that unless you’re adding headcount to build and support those new features, you’re stretching your resources further than before.

This can quickly show its face when it comes to addressing technical debt or getting around to all those things your development team said they would when they rushed the LAST important feature to market. As we constantly chase the next opportunity or growth spurt by tacking on one more capability, the basic applications that started it all off can get short shrift.

Cycles that could be spent on streamlining your UX, improving performance, and reducing friction are now devoted to new things that can actually have the opposite effect. And even those sales folks who were begging for those extras may find your product has gotten too complicated to demo or has become confounding to prospects.

What are the long-term implications of the features you’re adding?

As a variety of features and functionality is added to your product, it means your story gets a lot more complicated.“The only way to get mindshare is to have a simple story,” says Sense 360 CEO Eli Portnoy. “By having a clear and singular focus you can more easily craft a simple story that resonates with customers. This in turn makes it easier to generate PR. And most importantly of all, an easy-to-describe product and differentiation allows consumers to more easily tell your story and help you create viral growth.

”It’s also important to consider the impact of a feature beyond the here and now. Every feature you add doesn’t just have the initial development and testing cost to bring it to market; it creates an ongoing testing and maintenance burden that will exist until the end of time… or until you sunset it and rip out the code. That includes licenses, API documentation, dependencies that shouldn’t exist but still manage to persist in our object-oriented world, plus the extra regression testing with every, single release. Over time, all those little features that sneak into a release or get tacked on to satisfy a client opportunity that never materializes can really add up, decreasing your product’s ability to stay nimble and responsive.

How to convince your stakeholders that less is more

Doing the most does not equal being the best. Remember, there’s a reason we start by building a Minimum Viable Product… it’s because we know there’s a very specific problem we’re trying to solve that can be achieved, well, minimally. As soon as you’re not solving that initial problem, you run the risk of diverting resources from your primary market opportunity and alienating your core customer base.

That’s why every time you’re thinking about adding something new, you need to put it in the context of how it solves the “old” problem you started with. Sometimes new features are awesome and valuable while other times they’re extraneous and unnecessary.As the owner of your product strategy, it’s your job to make sure you’re building on your core value proposition and not just adding fuzzy dice and flame decals that won’t actually help your customers get from A to B any faster. Here are three takeaways to help you hold the line:

Resisting the temptation to build features for their own sake can take some real willpower on the part of the product manager, but in the end, it's well worth the effort.